A1 Tyres | Should I buy winter tyres?
16158
single,single-post,postid-16158,single-format-standard,ajax_fade,page_not_loaded,,qode-theme-ver-10.0,wpb-js-composer js-comp-ver-4.12,vc_responsive

Should I buy winter tyres? 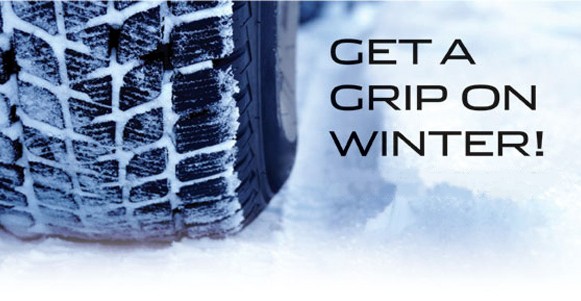 31 Dec Should I buy winter tyres?

What are winter tyres?

Most UK cars are fitted with summer tyres, and some with all-season tyres. But winter tyres are designed specifically to remain supple in colder temperatures and maximise traction when driving on snow and ice. The key differences are: they use a softer rubber compound (usually by including more natural rubber in the mix) the surface of the tread blocks is covered with little jagged slits – called sipes they generally have deeper tread grooves than conventional summer tyres.

How much do they cost?

As with regular tyres, winter rubber sells at a wide range of prices, with budget models in a common size suitable for a family hatchback available from less than £45 per wheel. A comparable winter tyre from a premium manufacturer can cost around £80 but, as with their summer counterparts, they are likely to offer greater levels of grip and braking performance.

What are winter tyres good at?

They are good at gripping in cold, damp conditions below 7 degC, and offer improved traction on slippery surfaces. The key to their improved grip on wet and ice-covered surfaces is the sipes, which provide hundreds of small extra ‘edges’ to grip the road as the tyre rotates. A larger single solid-tread block, like the ones you see on summer tyres, would stay rigid in such conditions and be unable to maintain grip as effectively. Winter tyres are also designed to gather a snowy ‘in-fill’ in the tread grooves and in the sipes to help with grip on packed snow. Nothing grips snow better than snow itself and winter tyres exploit this by gathering and holding as much of it as possible. The extra-deep tread grooves also help the tyres to disperse surface water and usually increase resistance to aquaplaning, where the tyre passes on top of the water rather than through it, increasing the risk of losing control of the car.

Are they just for snow and ice?

No. They are designed for use in all winter conditions – tyre manufacturers claim this means any weather below 7C. Ideally, you need a second set of rims on which to fit your winter tyres. In many countries where winter tyre use is mandatory drivers often opt for steel rims, which are less likely to corrode after exposure to winter grit. If you’re fitting winter tyres, it’s worth carrying a winter spare as well since fitting a summer spare alongside three winter ones could make your car’s handling more unpredictable due to different levels of grip at each corner. Unless you have room in the garage or shed, you’ll probably also need to pay to store your ‘out-of-season’ wheels – costing around £20 -£30 from A1 Tyres.

Do I need winter tyres in the UK?

Winter tyres aren’t mandatory in this country, although they are in other parts of Europe that experience extreme weather for prolonged periods each winter. However, they can be a prudent investment, particularly if you live in remote areas at risk of being cut off in bad weather without a functioning vehicle. If that sounds like your situation, try to buy winter tyres early in the season. It’s no good waiting until the bad weather arrives, as you’ll find you are unable to get to a tyre retailer to have them fitted. Also, the volume of tyres produced for the winter is limited, meaning retailers don’t have a never-ending supply. When they are gone, they won’t be replaced until the run up to next winter.

When should I fit winter tyres?

They need to be fitted before bad weather strikes. Waiting until the roads are frozen and the car is under a snow drift is too late. In the European countries where the use of winter tyres is mandatory, most people have them fitted around October and then replaced with summer tyres around March, when the worst of the cold weather has passed.